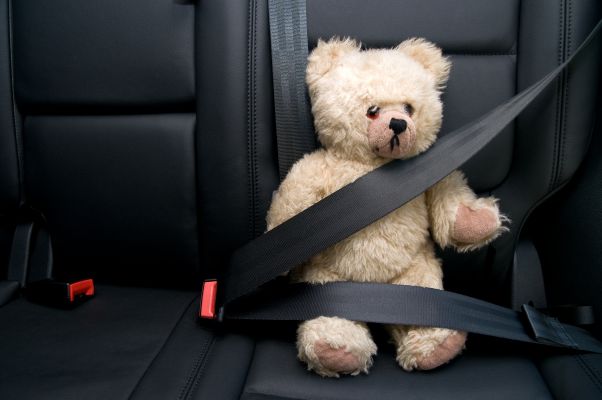 Different car features have surely decreased the chances of us getting into car accidents or more over
getting injured or dying as a result of those accidents.

Some of the features are seat belts, airbags, anti-lock brakes etc. These have been made compulsory
for cars to have in order to be sold in the UK. Technology keeps advancing more and more and better
vehicles are being made which have a better protection before the accident occurs known as active
safety kit and protection after the accident has occurred known as passive safety kit.

This is a new development when it come to car safety. This software actually reduces engine power on
its own, obviously different systems have different softwares so some operate individual brakes etc. They
are able to detect when the car can skid or lose stability and thus, automatically reduce the engine
power.

Although different acronyms have different methods by which they operate but the main objective is keep
the car moving ont he same path especially when the tyres could lose drip due to snow or rain etc.

This is new in book of vehicle safety, but still has made its mark already. It is although given as an option
most of the times, but it is still advancing towards being a standard provision. This system has numerous
cameras and sensors installed that keep check on the road in front of your car. If in car, the car is about
to collide, it gives an audible alert message to the driver and if the driver shows no response in time then
it takes action by itself. It causes the car to stop in emergency so that the impact of collision can be
minimised. In some cases it completely prevents the accident from happening like at lower speeds.
If your car has this installed then insurance cost is reduced by alot as this reduces the risk of damage
and accidents.

This is a software that actually uses radar to keep a certain set amount of distance from the car in front.
If your car is getting too close to the car in front then this software automatically reduces the car speed
causing it to slow down and when the car moves then it will increase the speed of the car again to the
initial speed before.

The more advancing technology is coming up with ways in which it works in a slow heavy traffic too
where it can completely get the car to stop before starting again.

This systems helps driver to ensure that they’re driving in their own lane without drifting off towards the
edges especially on motorways or entering into the other lane. This is usually done by an alert message
or haptic feedback that may include vibration of steering wheel.

The newer versions actually adjust the steering wheel by themselves to keep you in lane, however if the
driver shows no response soon then they also stop working.
This along with some other features actually help relieve some of the stress that comes on long journeys
however this does not mean that you can leave your car unattended by any means.

This is provided by using different hidden cameras that provide different views of the car which can help
you when it comes to parking as well as reversing the car in a heavy traffic area.

This is a simple feature that stops the car from exceeding a certain set speed. These can be set to any
speed and can reduce the engine power once they’ve been crossed/reached.

Nowadays, its become the new normal to stop using seat belts which causes extra injury if one gets into
an accident. The newer systems have advanced quite alot and instead of giving a simple small reminder
to wear seat belts, the system itself senses which seat is occupied and if one is wearing a seat belt or
not and then has an alert noise that reminds the driver or passenger to fasten up.

All cars come with basic headlight systems bu these are additional lights that are added on the corner.

The more advanced systems actually work in a way that they’re directly linked to the steering wheel, as
the steering wheel and tyres more, the light beam direction also moves accordingly to provide maximum
light in that direction.

Not having proper car tyre pressure can actually lead to a lot of accidents as it causes problem in the
car’s handling. This system warns you whenever the pressure is increased or decreased from the
optimum pressure.

There are actually 2 types:

How to drive safely in the Dark?

Types of Car Insurances in the UK

All car work is carried out by experienced fully qualified and insured technicians. Most car parts carry a minimum guarantee of 12 months or 12,000 miles (excludes normal wear and tear). Getting your Car repaired at ECS is simple, book an online appointment, confirm your services, and get your car done.